Social media is integrated into many young people’s daily lives. Due to the pandemic, children and young people are spending more time than ever on these platforms.

For most young people, social media is a place to connect with others and somewhere to find entertainment. However, there are growing concerns about how content on social media may be negatively impacting young people, especially as life during a pandemic could be making young people more vulnerable to stress, anxiety and depression. 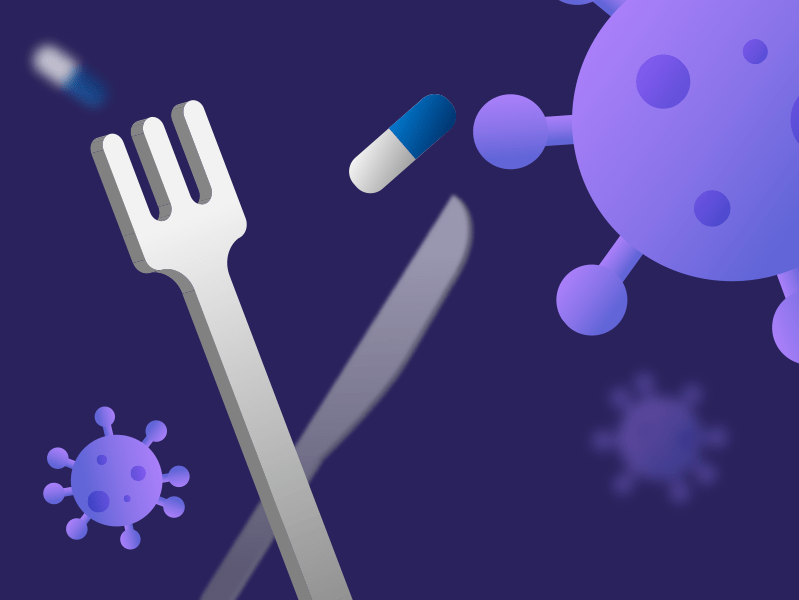 Many popular social media sites and apps are visually based, with users sharing photos or videos of their outfits, meals and exercise routines. While this can be harmless, it also exposes young people to content that can encourage disordered eating and unrealistic body images.

Using photo editing apps, such as Facetune, users can alter the way they look, from retouching skin, whitening their teeth and slimming their faces. Some popular users that young people follow, such as influencers, have been accused of editing their photos to make their bodies look thinner.

According to Girl Guides (2020), over a third (34%) of women aged 11-21 won’t post a photo of themselves unless it’s edited. As many people who use editing tricks will pretend their photos are unedited, this creates unrealistic body ‘goals’ for the young people who look up to them.

Some of the content discovered on platforms such as TikTok, Instagram and Tumblr are particularly concerning. On these apps, alongside images and videos of unrealistic body shapes, there is also content that glorifies and legitimises disordered eating patterns.

Image mockup is an excerpt from one of our training courses,
inspired by Instagram posts ©Ineqe Group Ltd 2021 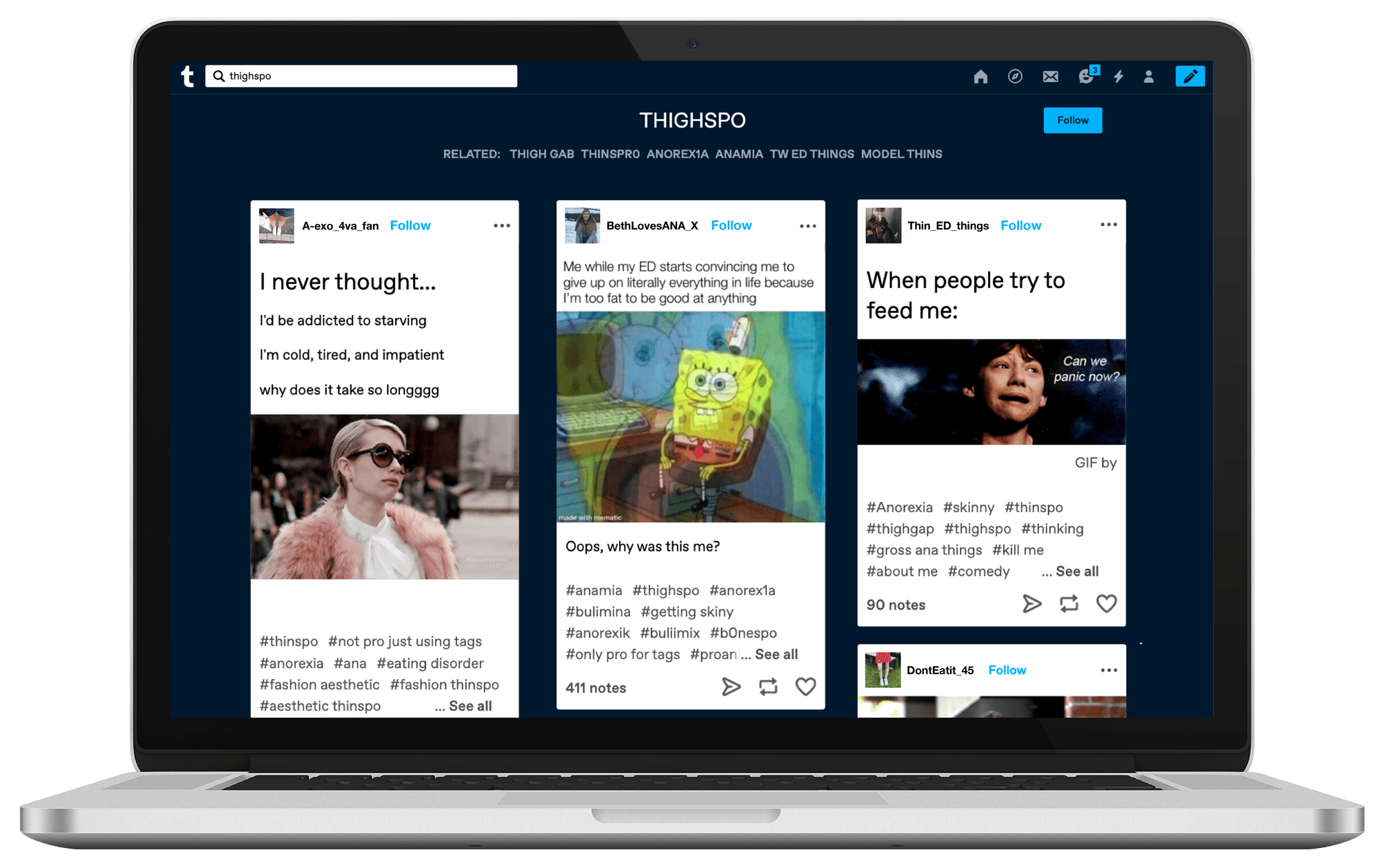 Image mockup is an excerpt from one of our training courses, inspired by Tumblr posts ©Ineqe Group Ltd 2021

Popular on TikTok is the trending hashtag #WhatIEatInADay. TikTokers use this to show what they have eaten that day, with many documenting that their daily calorie intake is well under the recommended safe amount by health professionals. Trends on the app also include challenges to show how small your waist is using household items.

Instagram has trending hashtags such as #Thinspiration and #Fitspo that glamorise fad diets and show transformation pictures of weight loss, contributing to the disordered eating culture.

Tumblr also hosts content that glamourises disordered eating and in some cases, there are tips on unhealthy methods of weight loss. Popular hashtags include #Thinkspr0, #BonesPro and #Anamia.

Lockdown and Children’s Social Media Use

The scale and severity of this kind of content has increased exponentially during the pandemic. Influencers vie for engagement while young people have more time to spend online. Many young people will also be using social media to replace in-person interactions and get a sense of connection with others.

In a recent study, over  55% of those living with an eating disorder  reported that increased time spent online due to COVID-19 had worsened their symptoms.

The concept of young people aspiring to be like their favourite celebrities is nothing new, and it is no surprise that the followers of celebrities such as Kylie Jenner may make comments on her Instagram page wishing they looked like her. However, we should be troubled to see comments about ‘how to develop an eating disorder’ and healthy young people discussing how little calories they ate that day.

There are several reasons why a young person may be particularly vulnerable to the negative influences of content on social, including:

Social media platforms such as Instagram and TikTok have introduced measures designed to support users. When someone searches for an eating disorder-related term on the apps, they will first see resources related to body image issue, such as a hotline number.

Parents/Carers and Safeguarding Professionals can use the NSPCCs child protection helpline for help, advice and guidance.

What is Coronavirus?
An explainer for Children

Our animated video has reached
over 350,000 views on YouTube.

Who Are Your Trusted Adults?
(Makaton Edition)

Check out Holly’s video on Trusted Adults, which supports our newest resources. 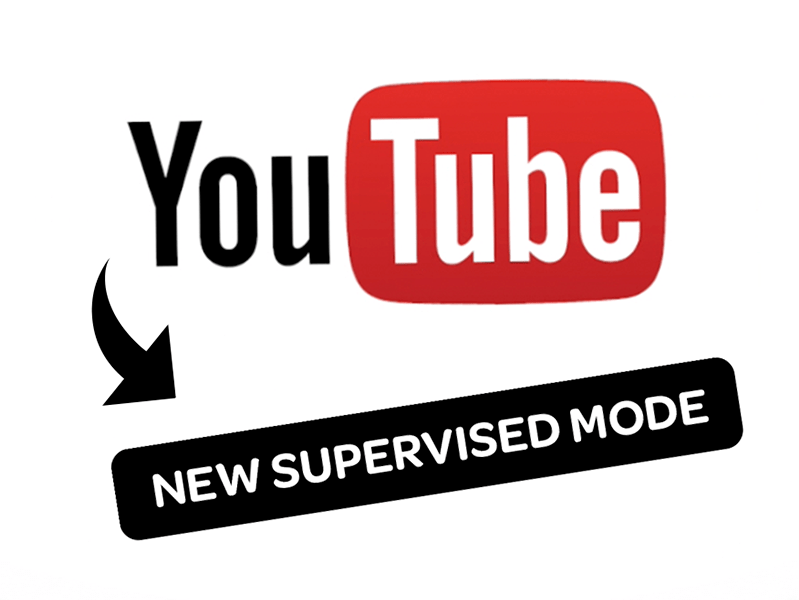 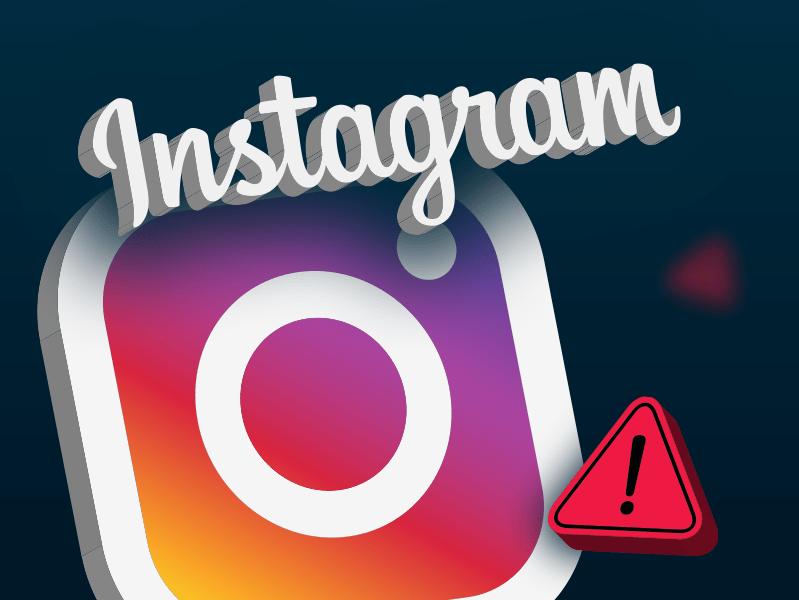 COVID-19: A Rise in Eating Disorders 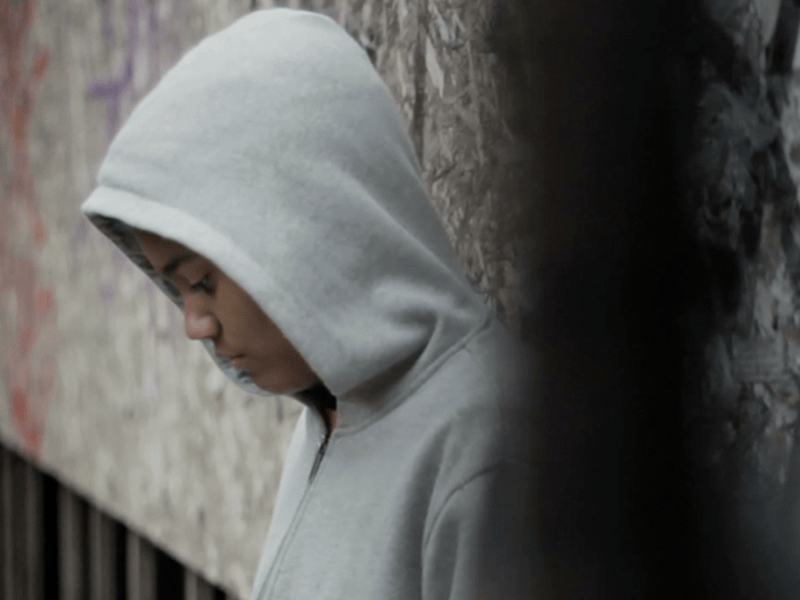 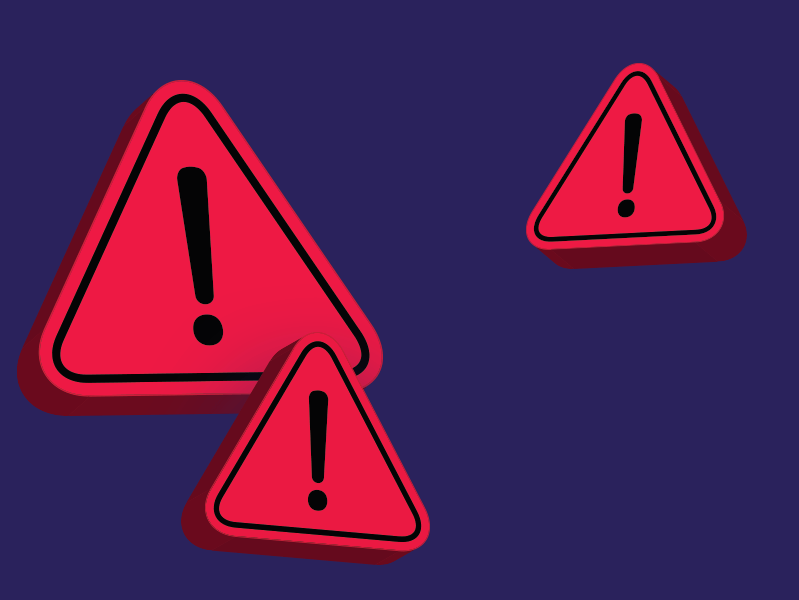 Your Roundup of Recent Safeguarding Alerts