When Your Child is the Bully

We can all conjure up a mental image of a “bully” – someone mean, troubled, and angry who takes out these feelings on others. You might imagine a person from your life or a character from a film or television show. But what happens when the “bully” in question is the child in your care?

This is a reality many parents and carers are facing, especially as cases of cyberbullying are rising. It can be embarrassing and heart-breaking to find out a young person in your care has engaged in bullying behaviour. The most important thing to remember is that a bully who is a child is still a child.

Our online safety experts have put together this guide to help parents, carers, and teachers make the best decisions when dealing with a child who is bullying their peers. 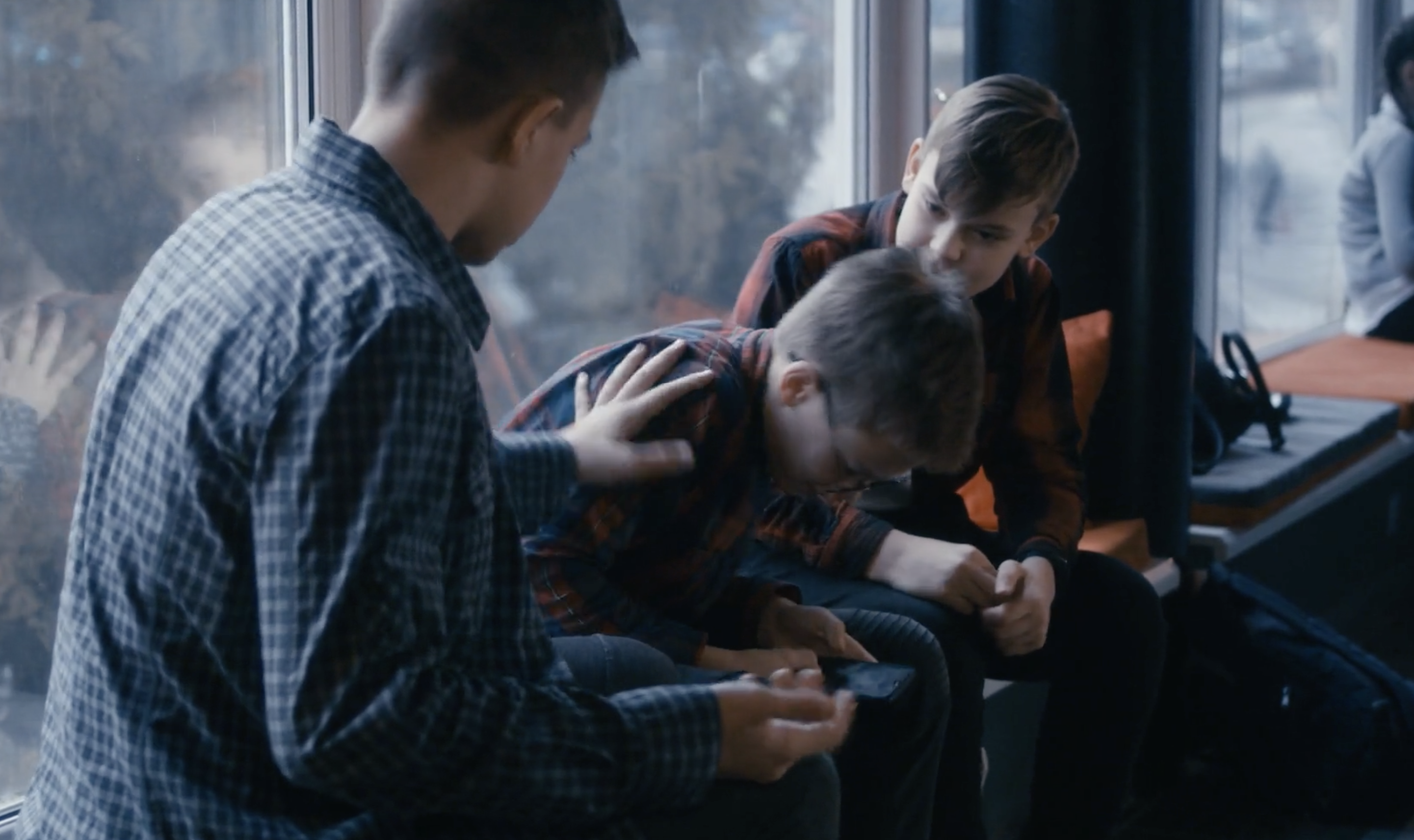 “You can’t get away. The bullies follow you into your house. You used to be able to keep your head down and let it pass, but now…you can’t.”

– a quote from a victim of cyberbullying, Anti-Bullying Alliance Report

There are many forms of bullying, such as physical, verbal, or psychological harassment (which can all take on sexualised forms). However, cyberbullying is one of the fastest growing types of bullying, especially for children and young people whose online and offline lives converge daily.

Cyberbullying: Cyberbullying is bullying that takes place online. Unlike bullying offline, online bullying can follow the child wherever they go, via social networks, gaming, and mobile phone.

With over half of children and young people using social media sites or apps, it’s no wonder that 39% have experienced an act of cyberbullying (according to a recent study performed by Ditch the Label). This includes:

As we live in an increasingly digital world, children or young people may feel they cannot escape their bullies – or the temptation to bully others. It might feel easier to cyberbully a classmate behind the protection of a screen. It might not even feel like “real” bullying at all. This also makes it harder to spot bullying as it’s not happening in a physical space. 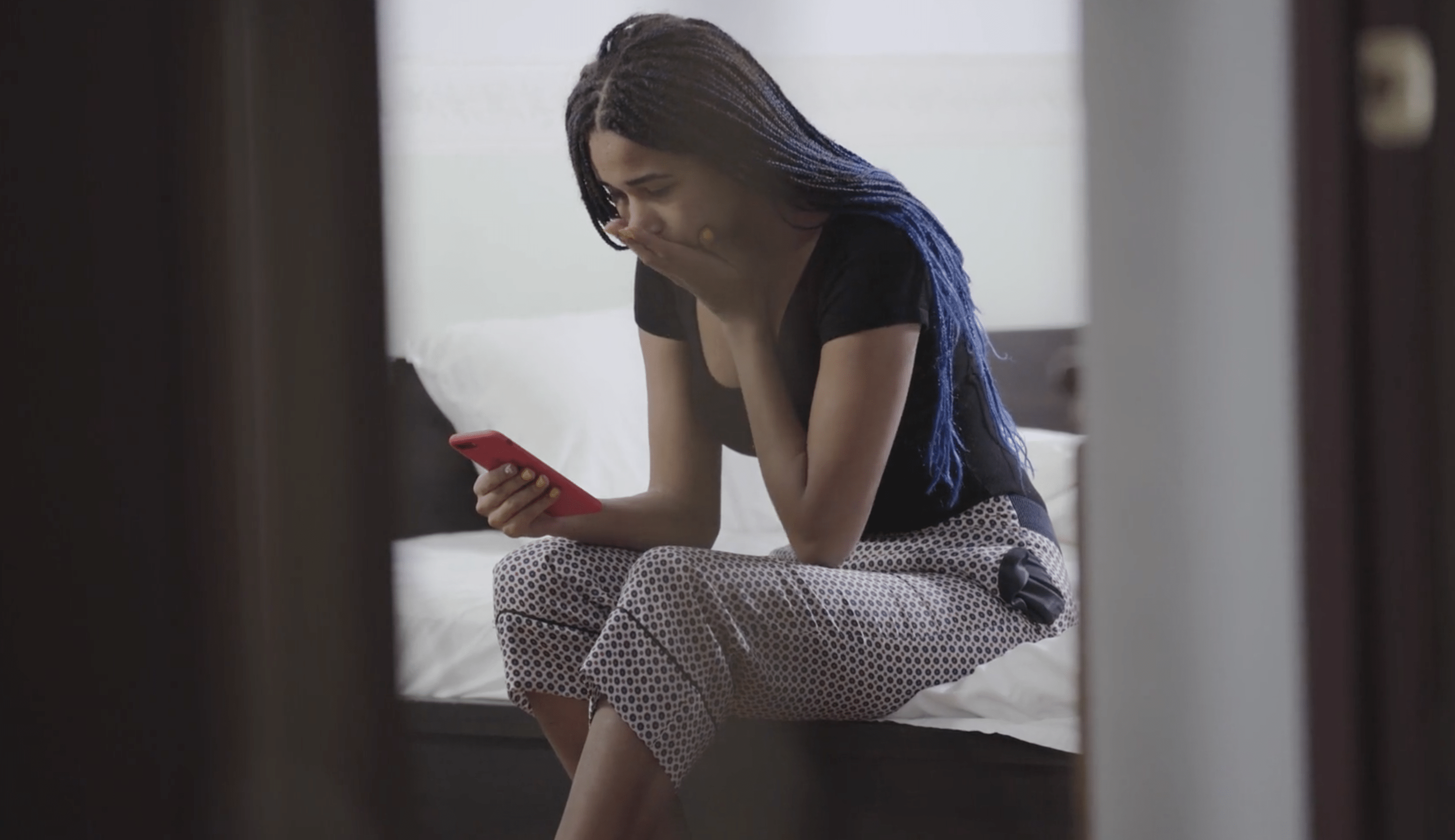 Why is my child being a bully?

It might be difficult to understand or accept why the child in your care is being a bully. As children and young people are still forming in their emotional intelligence, choosing to bully another person is often the easy path to getting something they want. Their reasons for bullying might be:

There are also deeper psychological issues that may be the cause of a young person bullying, such as depression, anxiety, trauma, or behavioural disorders. If you believe this is the case, it is important to seek help from a mental health professional.

Nothing justifies bullying behaviour. It is important not to make excuses for a child in your care, but to help them work through the root of the problem.

What can I do to help?

As a parent and carer, it is natural to want to be on your child’s side. This does not mean you need to deny what they are doing or defend them. The best thing you can do in this situation is to realise that your child has a problem and needs your help. Here are some simple steps to help you help them:

Working together with your child’s school

After privately discussing this behaviour with your child, take some time to pause and reflect before taking any next steps. If possible and appropriate, facilitate a meeting with the other child involved and their parent or carer, involving your child’s teacher if necessary. They may have helpful insight into the situation and may be able to facilitate classroom intervention if the need arises.

Remember: bullying behaviour is not a reflection of who your child is as a person. They are still figuring out appropriate social skills, some of which do not always translate into online interaction. With the right support from adults who care, children who bully can and do change their behaviour. Helping your child learn to apologise and interact appropriately will teach them how to be responsible for their actions and will benefit their future.

For further help and resources, you can visit: 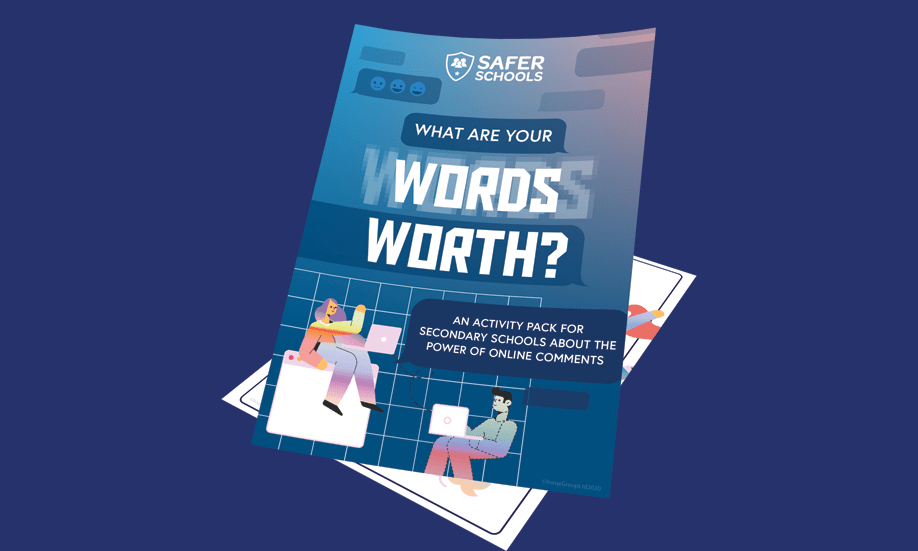 What Are Your Words Worth

This activity pack is designed to prompt young people to think about the words they use online. The activities included will help them to reflect about comments they make on social media or gaming platforms and how those words may impact others. There is also a challenge included to make more #PostivePosts! 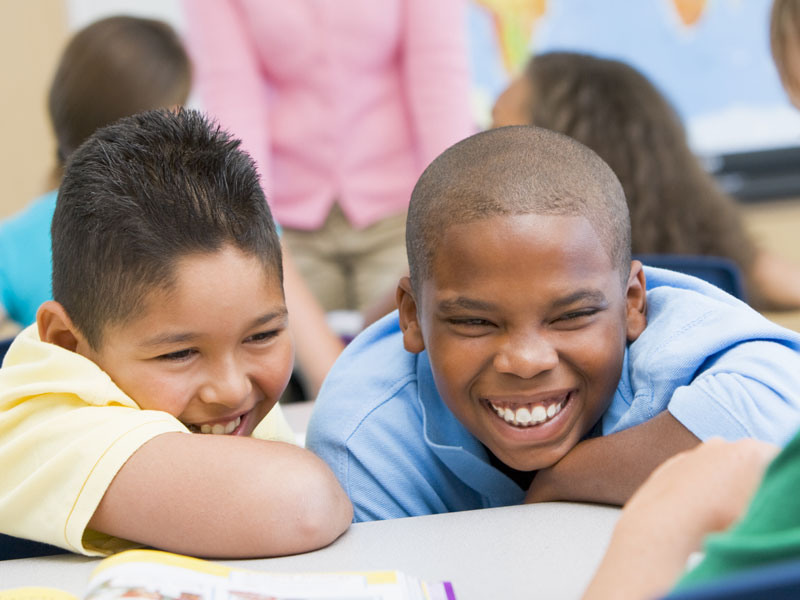 Do you know these 10 signs of bullying? 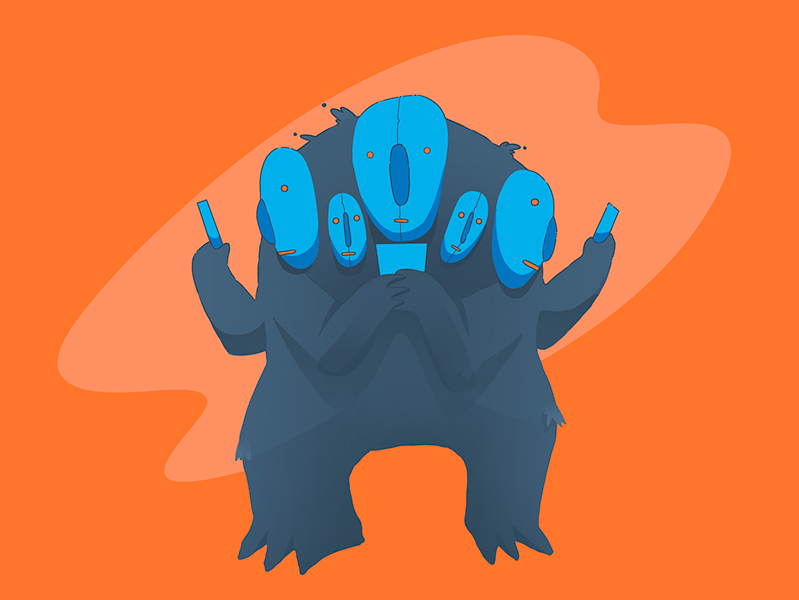 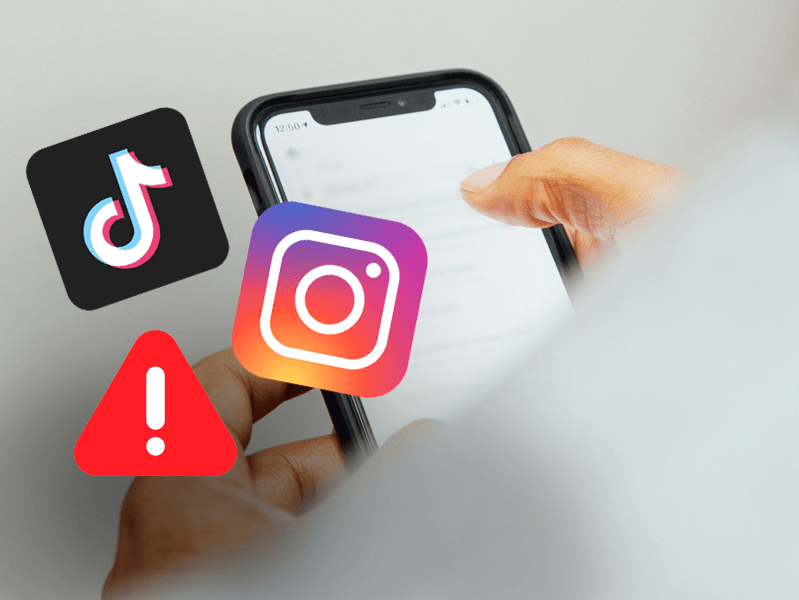 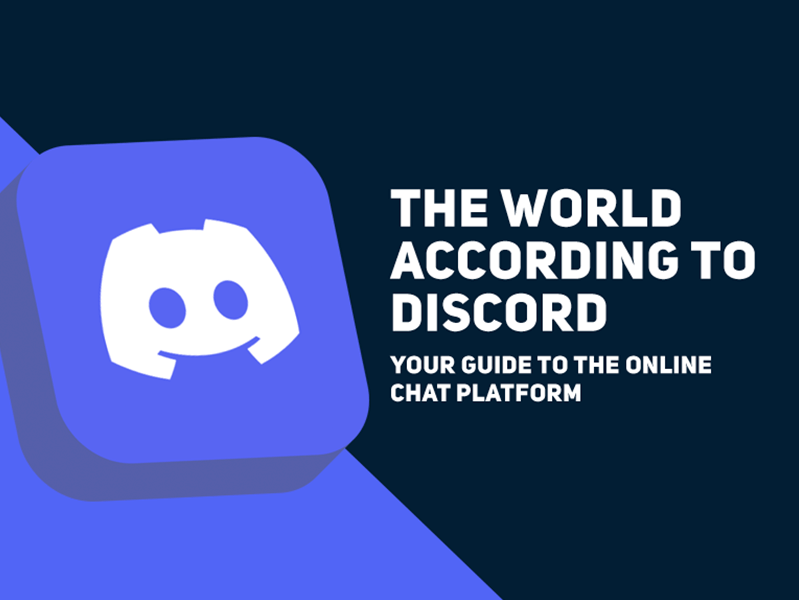 The World According to Discord 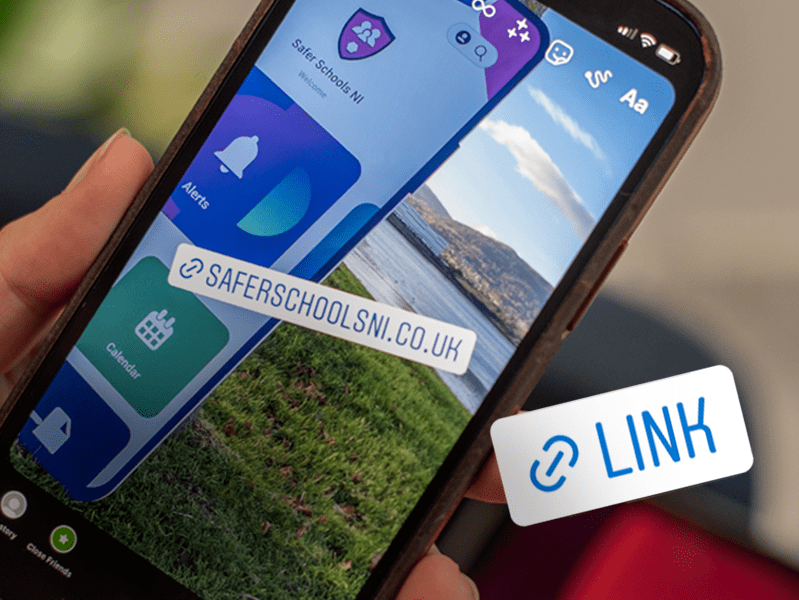 Clicking a Link – Stop and think!

Have you ever seen the term “troll” or “trolling” used on social media? If you look at the comment section of any controversial topic, you’ll likely find it. Trolling is typically used to irritate communities, fans of celebrity targets, or people who hold specific beliefs or positions of power.

School Staff Alert: The Online Bullying of Teachers and Professionals

INEQE Safeguarding Group have been alerted to a number of incidents concerning the online targeting of teachers and school professionals by students. Pupils have been creating online posts that ridicule, harass, or otherwise bully staff on social media sites, such as TikTok and Instagram.

Bullying is not a normal part of childhood and should never happen in any form. Unfortunately, this is a common struggle for children and young people today, and advancing technology only increases the risk. The long-term impact of cyberbullying on a young person’s physical and mental wellbeing can be profound. Cyberbullying, as with all bullying, can contribute to mental health disorders, substance misuse, and, in extreme cases, suicidal ideation.

Three Ways to Discuss Cyberbullying with Children with Autism

Social media and the online world can be a difficult place to navigate for all of us. Between the trolls and fake news, the scammers and catfishers, online can be a daunting experience. The unfortunate reality is that social media can be a particularly difficult environment for some people with autism. For example, difficulty around communication and interactions can leave people with autism open to online bullying.