What is the Metaverse?

This article features a case study which includes details that some readers may find upsetting. Please note: this article should not be shared with children and young people.

With Facebook changing its name to ‘Meta’ and news outlets releasing investigative reports around the online safety of virtual worlds, you may have found yourself wondering “What is the Metaverse?” over the last few months. You aren’t alone! Around 33% of UK adults still aren’t sure what the Metaverse is.

We know that any new technology can be overwhelming and even confusing, especially if you’re still getting used to your latest phone update! Our online safety experts have created this overview to help you understand what the Metaverse is, how it can be used, and why it might be appealing to young people. Keep reading to learn what risks could be associated with it and our top tips for keeping those in your care safe. 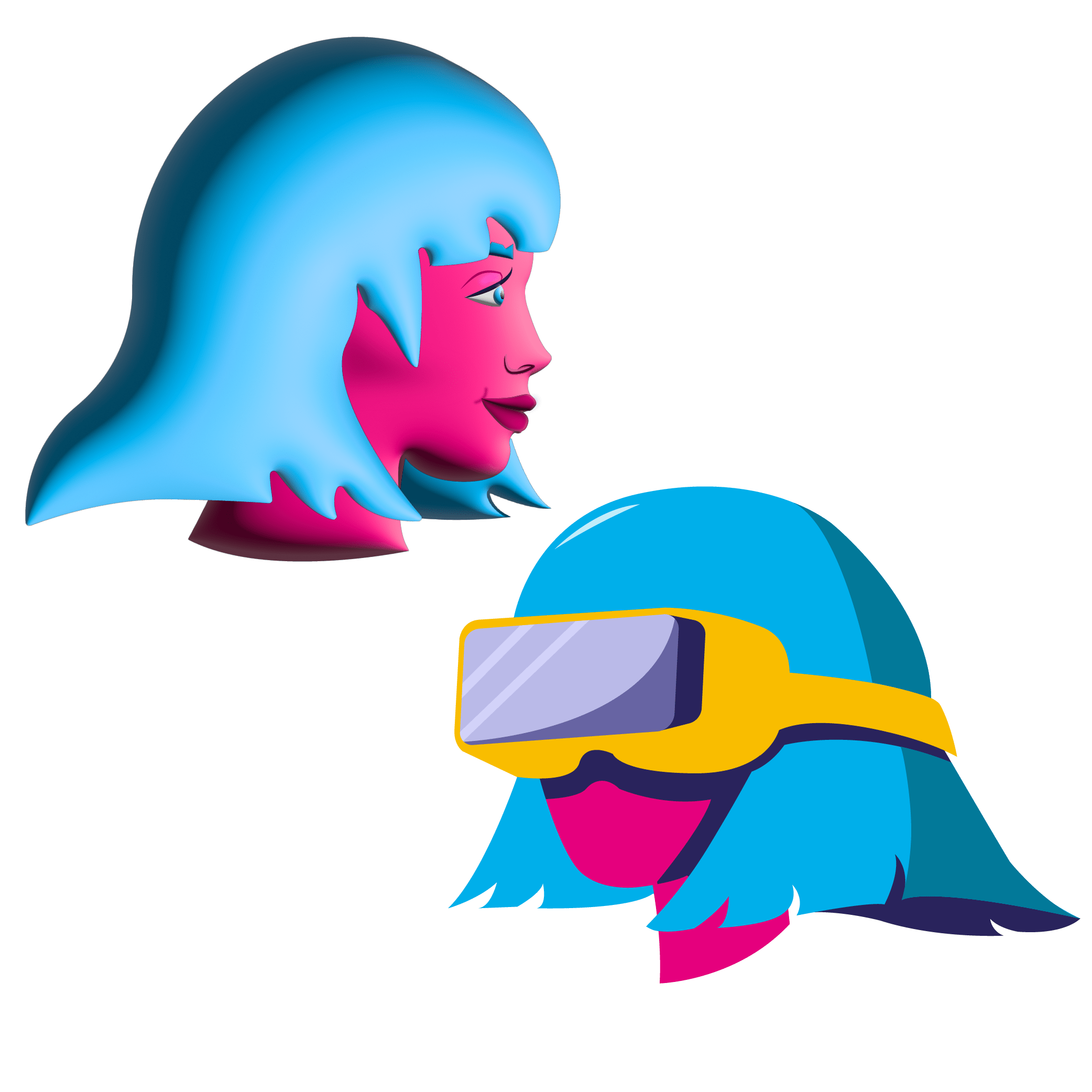 It’s important when learning about the Metaverse to remember that it is a concept that is still in development. This means most news reports and media stories, including this online safety article, are subject to change and may not cover every aspect as the Metaverse continues to evolve.

What is the Metaverse?

The Metaverse is a shared virtual space for users across the internet to access content, play games, purchase items, and build environments. It incorporates digital experiences such as virtual reality (VR), augmented reality (AR), and blockchain into a constant virtual space.

Augmented Reality (AR) – a digitally created experience that enhances the physical world with computer-generated graphics. A popular example is the hit game Pokémon Go, in which players use their phone camera to ‘find’ Pokémon around them.

Blockchain – an online list of digital transaction record. It is essentially a virtual wallet that records purchases and sales, and enables digital money (called cryptocurrency) to exist. 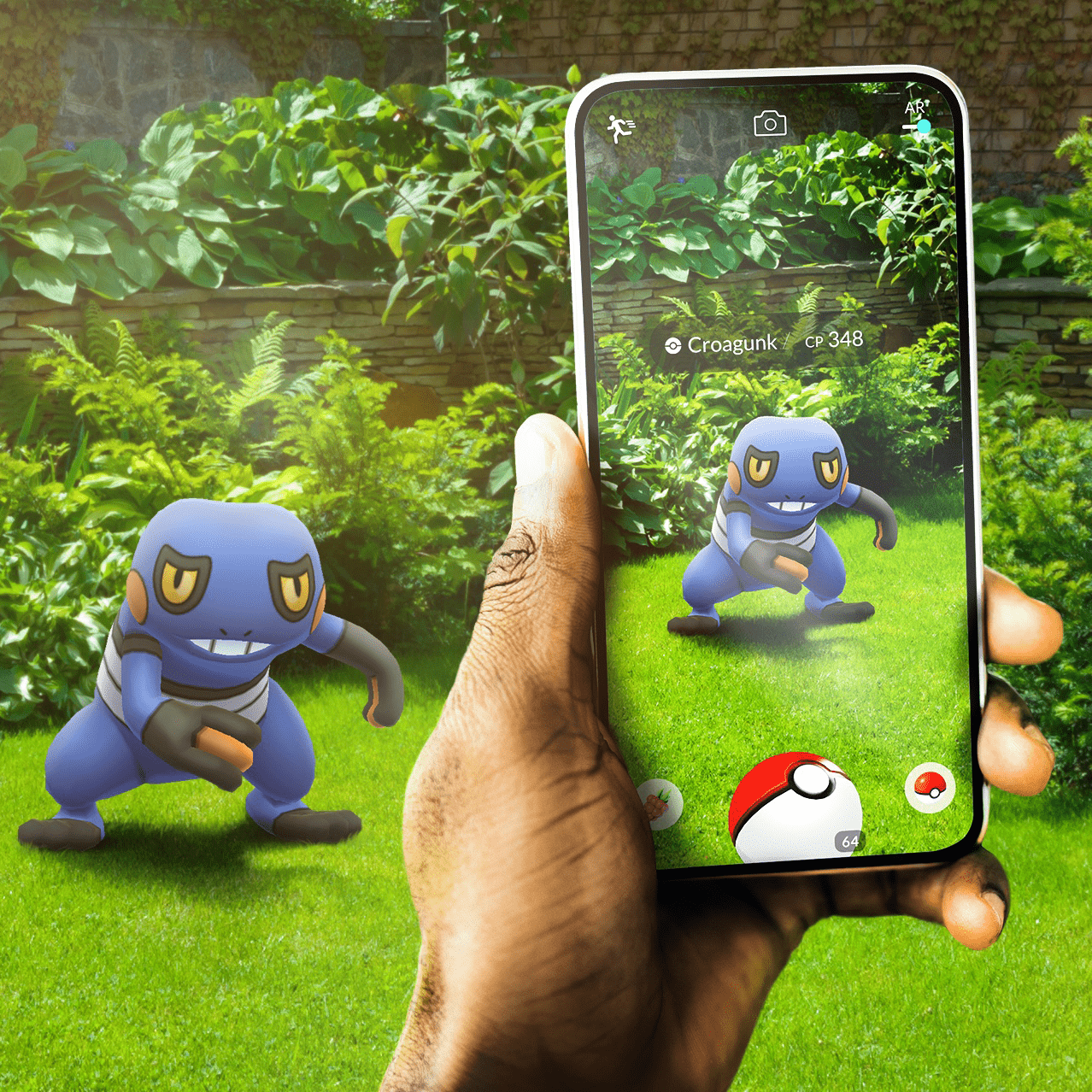 Imagine you come home from work or school after a long day and login to the Metaverse. You’re able to access an ‘online universe’ where the limits of your day-to-day life disappear in an instant. Want to fly on a broomstick or own a pet lion? Want to play chess with someone from across the world or have a picnic in the Colosseum? You can do all of this in the Metaverse while also interacting with other people – even if you’re just in your living room.

The true aim of the metaverse is to transform the way that people connect with each other online. However, the Metaverse is largely a concept that is currently in development. It is not an individual product that is owned by one company. The term ‘metaverse’ is being used by companies involved in its development, like Meta (Facebook) and Google, but it is a wider network that hopes to eventually connect various platforms and virtual spaces.

We are likely to continue hearing more and more about the Metaverse as it grows and changes. 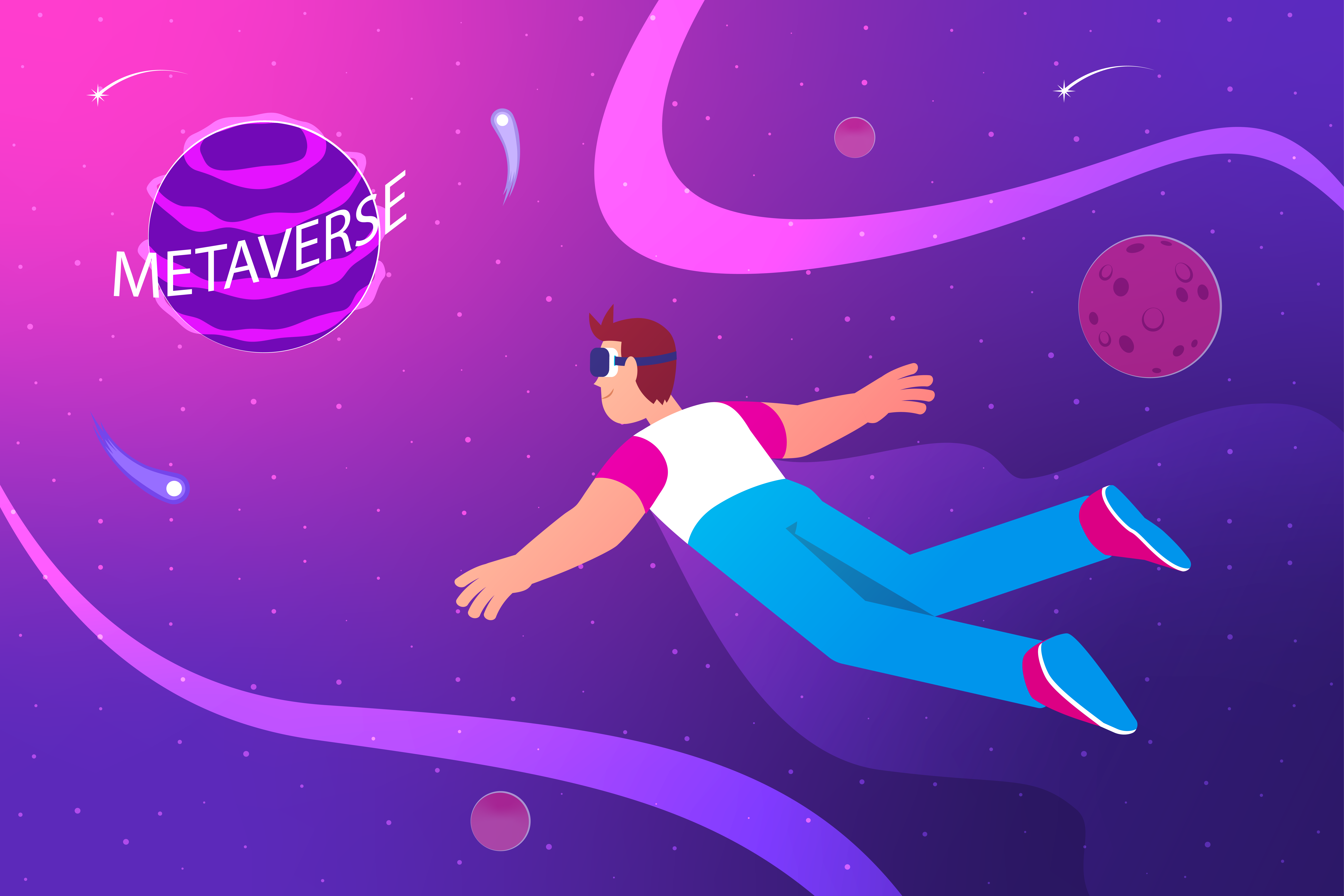 Is the Metaverse the same as VR?

You may have seen recent media coverage around the Metaverse and virtual reality. VR is a digitally created experience that completely immerses the user in a simulated world. This is typically facilitated by handheld controllers and a headset worn directly over the eyes. VR is a popular tool used to access and explore the Metaverse, but they are not the same thing. Essentially – if the Metaverse is an ocean, then VR is like a submarine used to explore it.

To find out more about Virtual Reality, check out our recent article.

How does the Metaverse work?

The main idea for the Metaverse is to create social experiences in an open world across the entire internet with unlimited users. This will involve virtual avatars, identities, and belongings that can be taken everywhere across the Metaverse. The hope is that every user will be able to digitally exist in their own customisable reality and explore others. 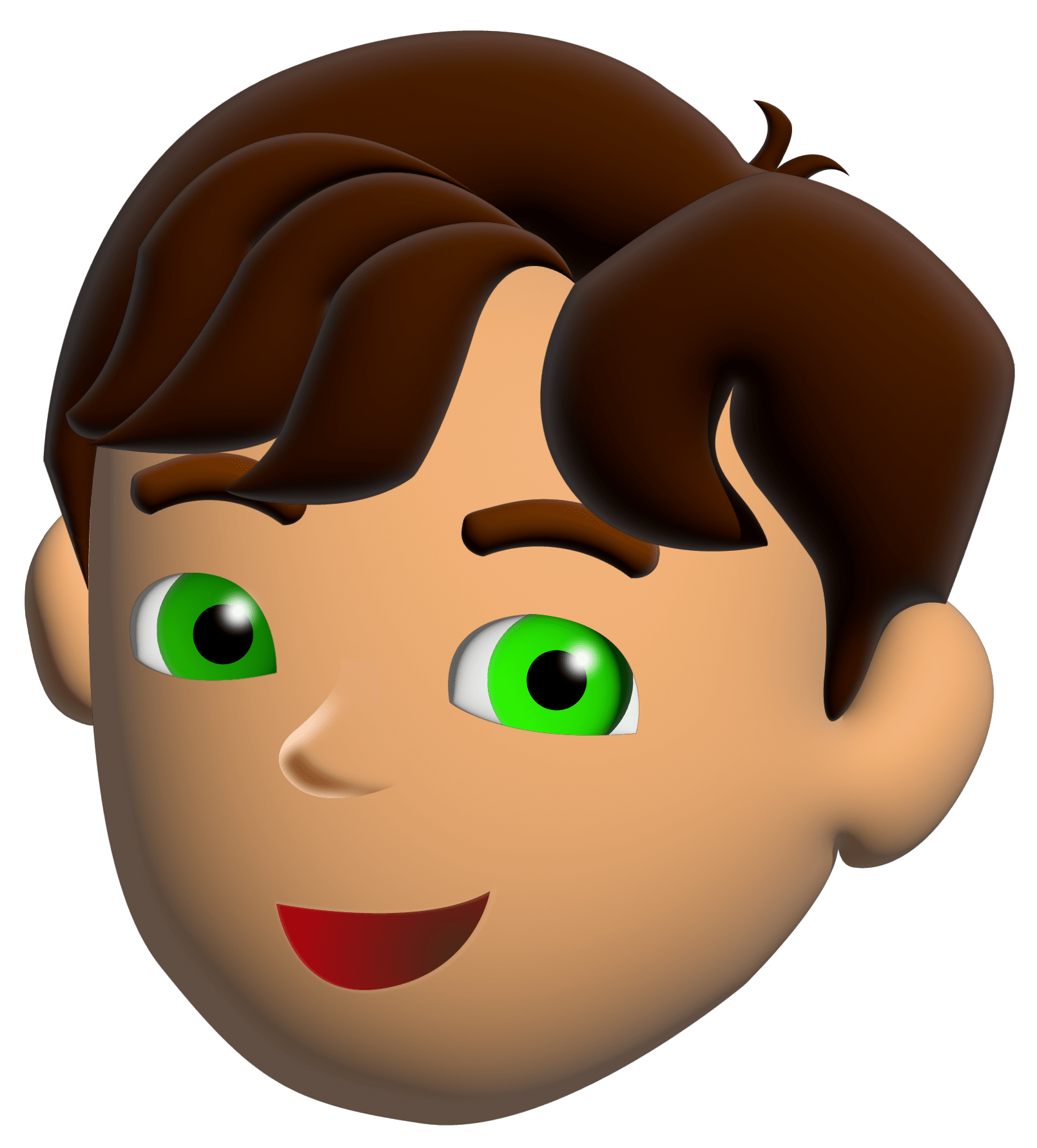 There are multiple ways to access the Metaverse in its current state. It’s accessible via computers, mobiles, and gaming consoles. For an immersive, ‘liveable’ experience, VR equipment is the most popular option, but it is not necessary to experience the Metaverse.

Actually, it’s likely that the child in your care has already accessed a Metaverse experience through platforms like Roblox, Minecraft, or Fortnite! On these platforms, users can chat and interact with other users’ avatars, as well as create and play a vast number of games – all on the same platform.

Remember – as it is still in development, the Metaverse will undergo many changes over the next few years. Some experts believe we won’t see the ‘real’ Metaverse for quite a while. To keep up with any new developments and changes to the Metaverse, make sure to sign up to our Safeguarding Hub newsletter!

What does it allow young people to do?

In the same way older generations saw dial-up internet transform into high-speed, children and young people today will experience the early stages of Metaverse technology. As it becomes more developed, the Metaverse will grow more appealing to younger generations, especially if it is similar to platforms they are familiar with (like Fortnite). Young people will be able to:

NFTs: non-fungible tokens, which are unique digital assets that hold value. These cannot be divided or traded.

Once a Metaverse user owns something, they will be able to take it across the entire Metaverse with them to multiple platforms and spaces. This is a big difference from purchased items only existing on a singular platform. This is starting to take form in the NFT craze sweeping the internet. They are believed by some to be the art of future Metaverse homes. Some young people may say they want to start investing in their ‘future’ by purchasing or creating popular NFTs. 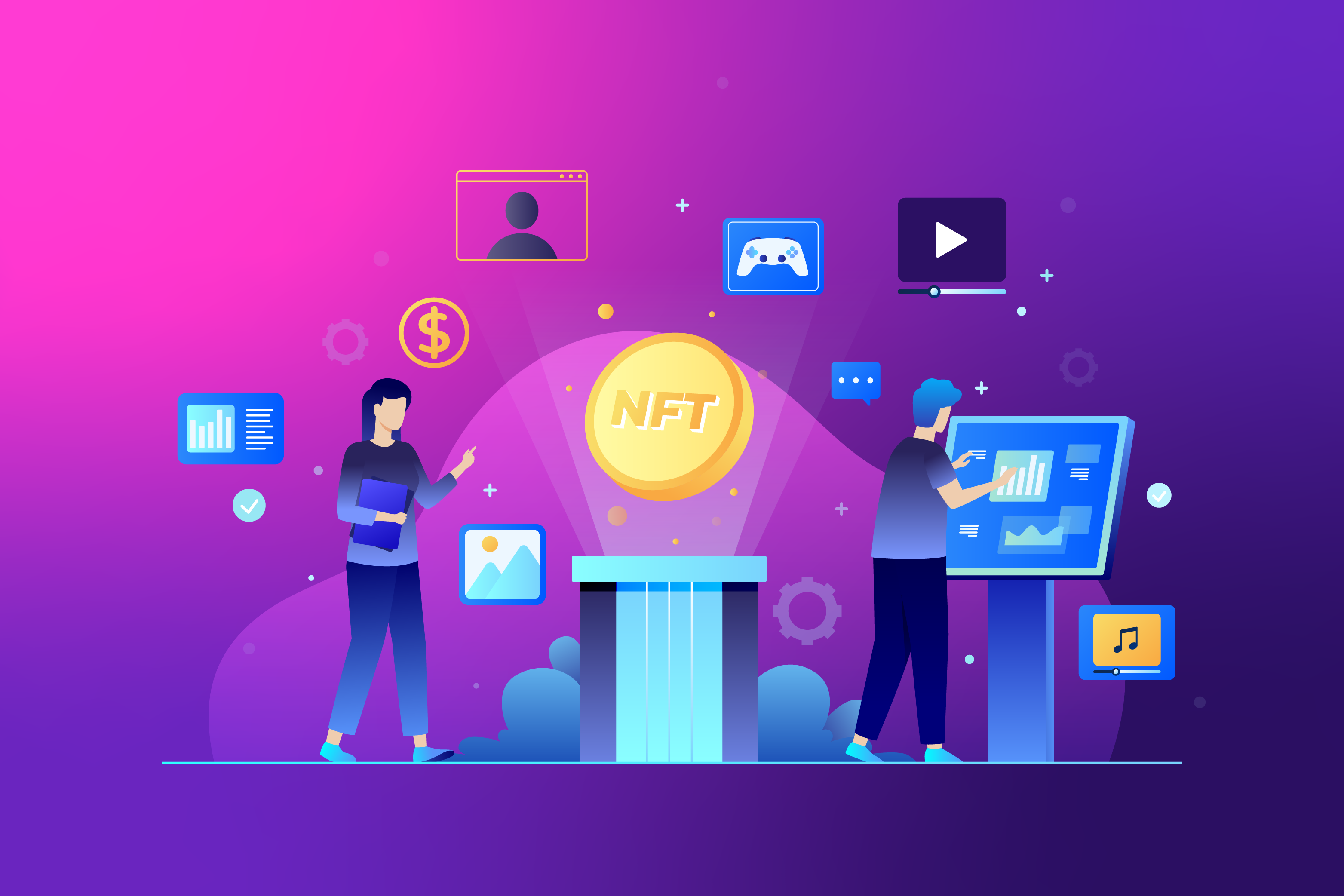 This study includes examples of harassment that may be upsetting to some readers.

Horizon Worlds is a virtual social space by Meta (formerly Facebook). It is thought to be an early example of concepts the Metaverse is aiming to achieve with further development. While it is only available in Canada and the US, it will become available for UK consumers once beta testing has been completed.

In Horizon Worlds, players can create an avatar, talk to friends, play games, collaborate with others, and build their own worlds, mini-games, and activities. Users can access Horizon Worlds through a Meta Quest headset (a requirement to play). They can also access live events through Horizon Venues, a connected VR app. Most of this technology is a work in progress, but platforms like this are a great example of the new type of online socialising the Metaverse is aiming to achieve.

However, just because this technology is ‘new’ does not mean we should assume it is ‘safe’. Research by the Centre for Countering Hate in December 2021 showed that users were exposed to inappropriate content on Horizon Worlds including bullying, sexual harassment, and abuse – some of which involved minors. One researcher reported that her avatar on Horizon Worlds was “virtually raped” by three to four male avatars who surrounded her while verbally and sexually harassing her. After multiple reports, Meta introduced a Personal Boundary feature that is on by default for all players. There are also blocking and reporting features, as well as a ‘Safety Zone’ feature that can help a player immediately exit an uncomfortable situation.

Horizon Worlds is 18+, but there have been multiple reports of children and young people accessing it through their parent or carer’s account.

Top Tips to Keep the Child in Your Care Safer