While tech companies are constantly releasing new updates and features for mobile phones, laptops, and tablets, one of Apple’s upcoming releases is getting a lot of attention from safeguarding professionals as well as parents and carers.

We’ve taken a look at the ‘Communication Safety in Messages’ feature to help you know everything you need to before it launches in the UK.

This new safety feature is referred to as ‘Communication Safety in Messages’ – and pretty much does what it says on the tin. It will allow parents and carers to activate alerts and warnings on their children’s phones, specifically for images that contain nudity and are sent or received over the Messages app on iOS devices. 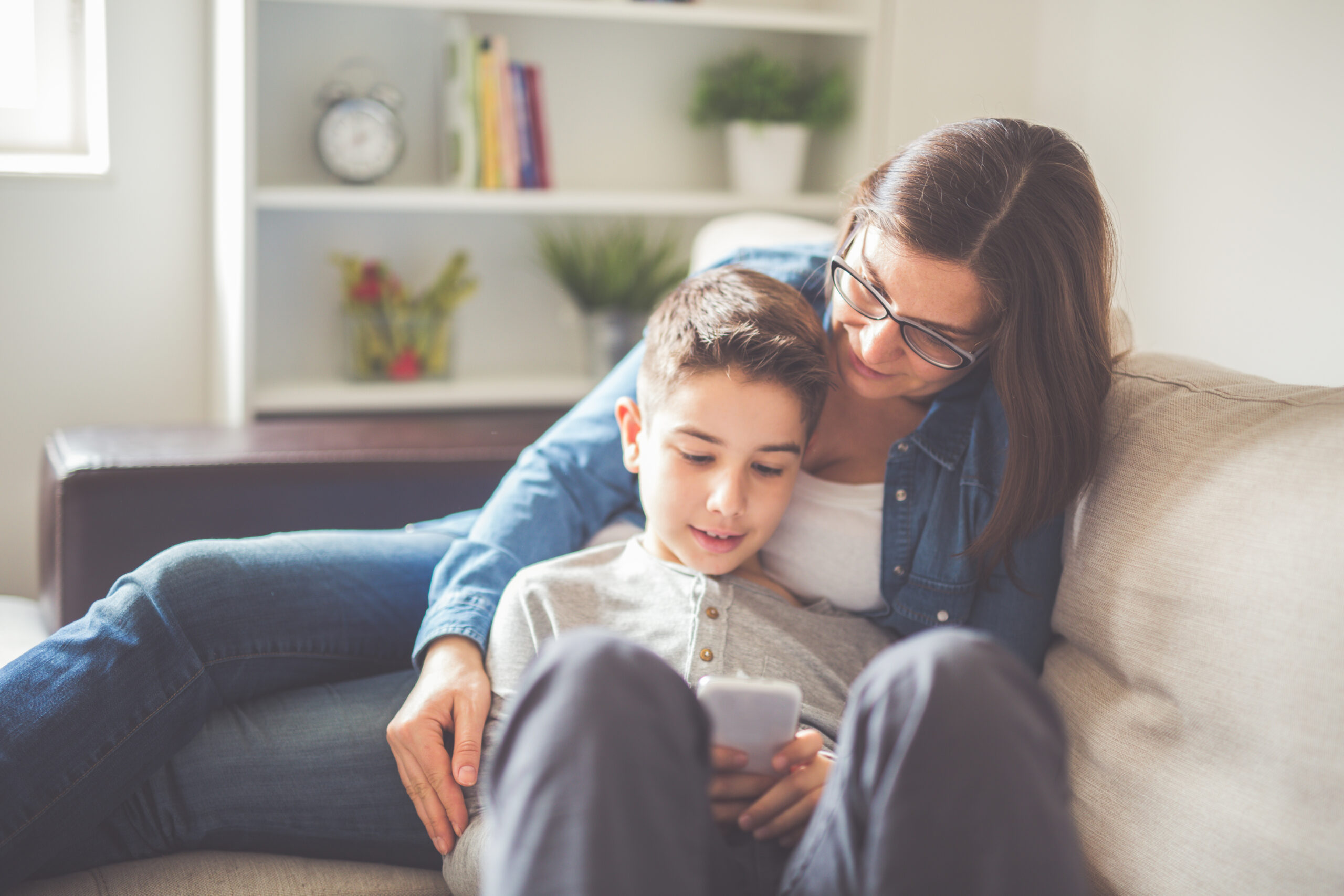 Why is it being introduced?

The aim is to help children and young people make better choices when it comes to receiving and sending sexually explicit images. It also allows parents and carers to play a more active role in the online interactions of their children and young people, while also combatting the spread of self-generated images and Child Sexual Abuse Material (CSAM).

Though originally announced in summer 2021 as part of a range of updates, the Communication Safety in Messages is only being released this year after facing controversy around design structures. Originally, parents and carers would be automatically alerted if a child under 13 sent or received sexually explicit images, but there were concerns around this exploiting user privacy and LGBTQ+ children being at risk of being outed.

Apple have removed the automatic alert and instead created an intervention system that allows the child to stop themselves from opening the image and reaching out for help if they need it. There are hopes this will aid in the effort to lessen self-generated images and CSAM from being received and sent by children and young people. They are also releasing a safer search function within Spotlight, Siri, and Safari to prompt users to signposts for help if they are performing searches for topics relating to child sexual abuse.

It is unclear when or how these updates will appear in the UK, and which help services would be referenced for UK users.

It is important to note that Apple will not have access to any images. All processing is  completed by on-device machine learning, and messages retain end-to-end encryption. This feature is due to be rolled out soon in the UK (as well as Canada, New Zealand, and Australia), and has already been released in the US.

End-to-End Encryption: a term used to describe blocking or preventing any third-party recipient from viewing, reading or becoming aware of information that one individual has sent to another. (National Center for Missing & Exploited Children)

Essentially? This is a type of privacy technology that ensures only you and the person you’re communicating with can read, listen, or view your messages.

This will primarily work by using on-device machine learning (technology built into the device that is able to detect certain objects or content in images without human interference) to scan photos and attachments sent over Messages. This Communication Safety feature functions in two different ways depending on whether or not the child or young person in your care is the sender or receiver.

If an explicit photo is received by a child…

If a child attempts to send an explicit photo…

This is an opt-in feature which means parents will have to enable it in their Family Sharing features for it to be active on their family’s devices. Children and young people under the age of 18 must also have a connected Apple ID (using their correct date of birth) in order for this feature to work properly.

Communication Safety in Messages is not currently live in the UK, but our online safety experts will continue to monitor and update our resources when it is rolled out.

Is this the same as the CSAM (Child Sexual Abuse Material) detection feature?

The ‘Communication Safety’ feature was first announced alongside another update that aimed to tackle increasing digital sexual abuse material. CSAM detection feature would use technology to scan photos for recognised CSAM images and report them to the appropriate services (the National Center for Missing and Exploited Children in the US). This feature faced overwhelming backlash in concerns for user privacy, and Apple has yet to provide an update on its release.

It’s important to note that the Communication Safety in Messages feature is not the same as the CSAM detection feature.

At this time, Apple has not released Communication Safety in Messages or other mentioned updates in the UK, and there is no planned release date. Our online safety experts will continue to monitor the progress of these features.

Are there any risks?

There has been some concern around how Communication Safety in Messages and other updates will impact a user’s right to privacy while using their device.

Some users have voiced uneasiness over how Apple will store user data if they are flagged for either sending or receiving these images, especially in relation to younger users.

Worries regarding the safety of young people who may be exploring their sexual identity without their parents’ knowledge have arisen, though Apple have since modified their features to provide more protection.

If a family does not have family sharing activated (or if they use different device brands) then the Communication Safety feature will not be used.

All of these features are centric to Apple devices and applications, and do not impact cross-brand/platform interactions that occur.

Sexualised images may not directly feature nudity or could be obscured to try and ‘hide’ explicit nudity. There have also been questions around reparations for misidentified photos being flagged.

Top Tips for Parents and Carers

If you’re worried about a child or young person in your care losing control of an image or what type of images they may be sharing, check out some of our resources here.

To stay informed of the latest Apple updates and safeguarding news alerts, make sure you are signed up to our Safeguarding Hub.