When we think of ‘missing’, and in particular missing children, many of us gravitate towards abduction and the ‘snatched-from-their-beds’ scenarios. The reality is much broader than that – it’s not always a complex tale with twists and turns like that of a five-part TV drama.

However, whether a case is thought ‘interesting’ enough for news coverage or perhaps a Netflix series, behind every missing person there is a story. Like the child who has been brought up in an abusive home and run away, or the vulnerable young person in care who has been groomed and is now being sexually and criminally exploited by a gang.

“Missing is a much-misunderstood term.”

The missing children whose names we remember well – Madeleine McCann, Ben Needham, Holly Wells and Jessica Chapman – are because those circumstances were unusual and hence gained press attention. When we talk about missing children however, we should also be thinking about the one in 10 looked after children who go missing from care – be that residential homes, foster care or other local authority services.

It is estimated that around one in eight of all ‘runaways’ do so at least three times. It may be tempting to read that and make judgements of a child that’s a so-called ‘frequent flier’ – if they ‘abscond’ that often then it’s just to be expected and they’ll turn up again sooner or later.

However, if we can view their circumstances with a little empathy instead, we might see a child that is running away from a life that’s never felt like home in the hope of finding just that – however false that hope really is. Or running away from abuse, neglect or conflict – something that more than half of missing children have experienced.

The ‘good news’ is that 90% of children who go missing are found within 48 hours – but 48 hours is still a long time for a child who is vulnerable, susceptible and may be seeking the attention and affection they’ve otherwise been starved of. In this context, significant risks remain.

So, how do we help? Well, many might see this as none of their business, some might not care and others might be uncertain as to what they can practically do. For some, the circumstances, backgrounds, and culture in which such children exist might simply be too ‘frightening’ and ‘off-putting’ to get involved.


who go missing are found within 48 hours.”

For the authorities, such as the police, schools, health and social care, there are opportunities to create a better system. For example, by utilising tech, we could create ways for children to alert their parents / carers or social worker that they are safe. We could also gain a lot more understanding of the reasons why children go missing by widening the options available through the ‘return home interview’ process. This could shift from an in-person only approach to one that offers a choice to be engaged via an online system. Whilst recognising possible limitations, it is arguable that some children are far more likely to be engaged through using technology.

As for the rest of us outside the system, there is still a role to play in helping missing children. Having once asked a room full of safeguarding professionals when they last looked at the Missing People UK website only to be greeted by silence, I encourage everyone to check this website frequently. Especially if you live or work near somewhere populated with homeless people, criminal groups or an area in which groups of young people hang out. You can also check your local police service website and social media pages.

There is sometimes derision towards sharing missing persons posts on social media, with critics deeming it to be an act of posturing at worst, ‘slacktivism’ at best. However, it is not without its merit and shouldn’t be discounted – fundamentally, it could bring the case (and face) to the attention of someone who has important information and doesn’t yet know it. That little piece of information could be what is needed to help finish the jigsaw.

However, misinformation can often do more harm than good so before sharing check that the information on a post is: a) correct and b) officially released (agencies don’t release every piece of information about a missing child case and leaked information and gossip could hinder a case’s progress). It’s also not unheard of to see missing persons posters being circulated online for cases that have long since been solved. Check the website and social media pages of the relevant police service and agencies if you’re not sure on the validity of a post.

Remember to always ring the emergency services and not a personal number listed on a poster or post – you could unwittingly be giving an abuser the information they need to find their victim who has already fled to safety.

“Misinformation can often do more harm than good.”

Missing is a much-misunderstood term – even by the ‘true crime junkies’ and countless crime podcast hosts. It encompasses children who are missing for countless reasons: from trafficking to running away and even those children who are simply missing from line of sight – the child who lives down your street that you’ve not seen walking to or from school for a while.

So, while we continue to emerge back out of our homes and become familiar once more with our neighbours, our streets and our communities, perhaps this time round we can all vow to take a little more notice of those scared and shadowed faces that might be missing in plain sight.

Jim Gamble QPM is the Chief Executive of the INEQE Safeguarding Group, which incorporates Our Safer Schools Partnership.  He was the founding CEO of the Child Exploitation & Online Protection (CEOP) Centre & currently chairs a number of Safeguarding Children Partnerships. 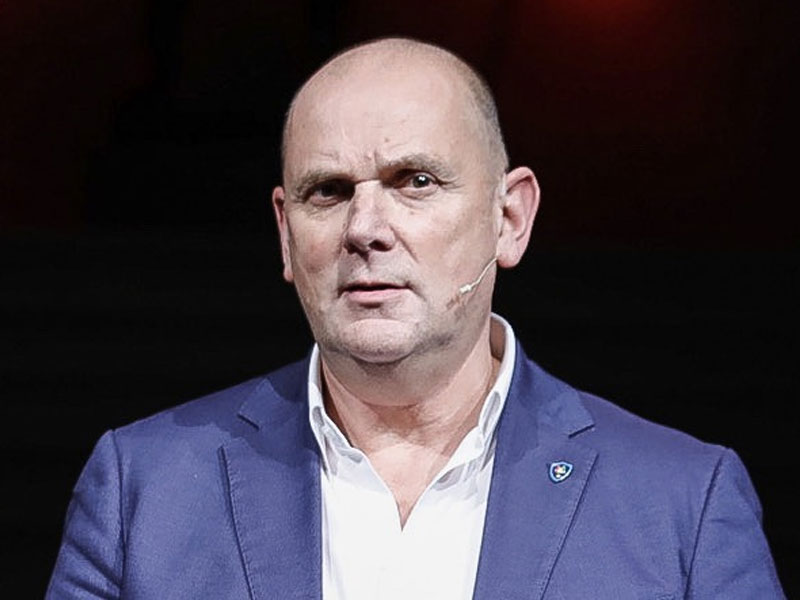