Today’s children and young people are engaging with content that would have seemed unbelievable when their parents were their age. It can make it difficult for their parents and carers to decide what is ‘age appropriate’ and what is not. This is especially true for horror, a popular genre that uses the shocking and the scary to impact its viewers.

We’re taking a look at what the horror genre is in the digital world, as well as the risks parents, carers, and safeguarding professionals should be aware of. Keep reading if you dare…

It is important to remember that every child has a different tolerance for horror. However, these tolerances may change as a child matures, so they may be more or less impacted by ‘scary’ things over time. Check-in with those in your care regularly around the things they are ‘afraid’ of to ensure they feel supported. This will help them increase their confidence and awareness when encountering scary situations or things on their own.

The horror genre is a style of entertainment that is designed to shock, scare, and provoke its audience. It can be split into various sub-genres (such as gothic, paranormal, and slasher) but the aim is almost always the same – to frighten its audience. There are multiple forms horror can appear in, such as: 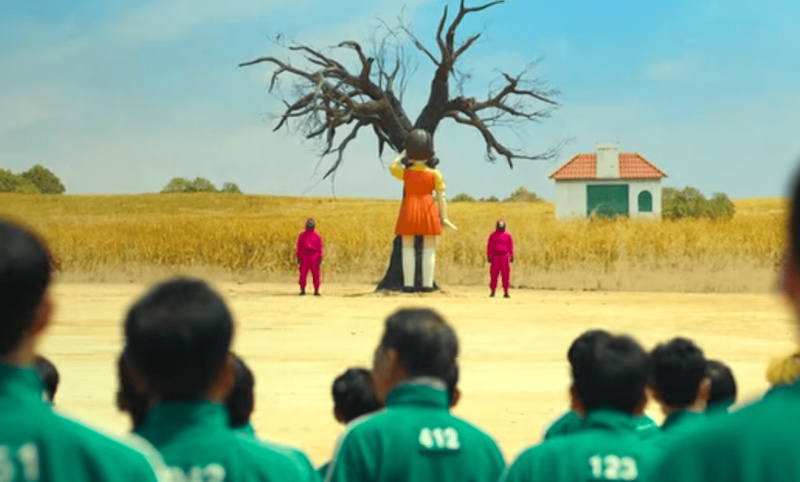 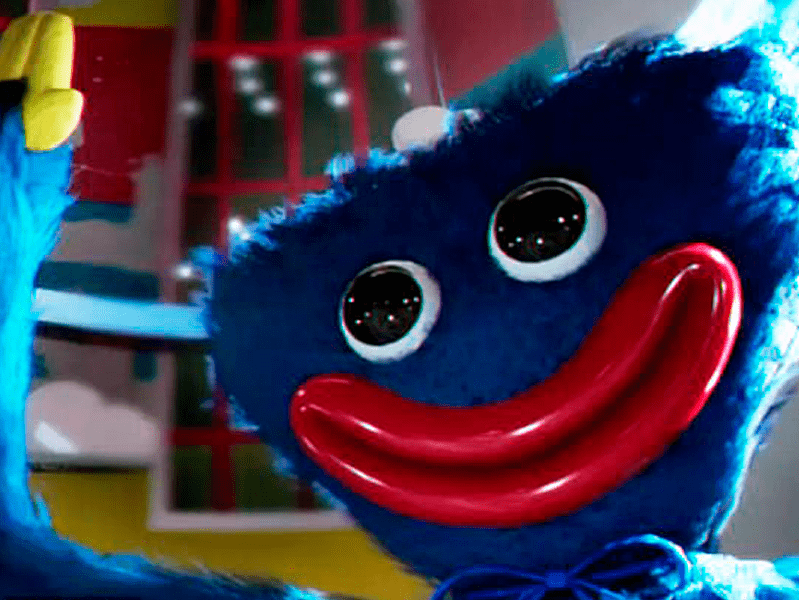 Important Note: a lot of media found within horror is rated for a more mature, adult audience. Even something meant for younger audiences that is ‘inspired by’ this source material could include themes or situations that may be inappropriate for young people.

You’ve probably heard about the hit Netflix franchise Stranger Things. This 80s nostalgia series features some of the most popular ‘child actors’ of our time, such as Millie Bobby Brown, and some older fan favourites, like Winona Ryder. It has been running since its premiere in July 2016, and has consistently influenced wider cultural trends both online and offline. On top of the show itself, there are multiple novels, games, and apps that have been released.

Stranger Things takes much of its inspiration from other horror films and stories like Carrie, It, and Alien, even getting a favourited nod from horror novelist Stephen King himself. Things like jump scares, monstrous creatures, and supernatural beings appear regularly – but it also subverts what the audience expects to see when they watch something ‘scary’ by including sympathetic characters, complex storylines, and reoccurring jokes. Many have considered the series to be a ‘spooky and playful’ introduction to horror.
Since its release, children and young people have connected strongly with the show, especially as its main characters are young – the first season’s plot centres on 12 to 16 year olds. Even though the characters face off against threats from other worlds, they also struggle with normal issues for people their age, like crushes, hormones, and bullying. This makes Stranger Things extremely relatable for children and young people (as well as anyone who remembers what it’s like to be a preteen or teenager!). Viewers may feel like they have grown up with the characters throughout the years, which can result in a heightened emotional attachment to the series.
After the release of Season 4 (part one) on May 27, 2022, some parents were concerned that the latest instalment is “more disturbing than others” and could be scarier for younger audiences. The first episode alone includes images of dead children, distressing bullying incidents, and the unexpected, gruesome murder of a teenaged character. Netflix did add a content warning to the beginning of the episode in response to the mass shooting at Robb Elementary School in Uvalde, Texas, which happened three days before the season’s release.
All four seasons of Stranger Things are rated 15 by the BBFC for including subjects like strong language, sexual activity, excessive violence, and depictions of substance abuse. ‘Part Two’ of Season 4 is releasing across the world on Friday, July 1st, 2022.

Is it appropriate for children to watch?

It is up to parents and carers to decide whether Stranger Things is an appropriate show for their children to watch. It’s important to keep in mind that content from the show is easily accessible through platforms like YouTube and TikTok, where other users are posting reaction videos or clips from episodes. Remember: even if you restrict your child from watching Stranger Things, they may be able to access content on other platforms.

Why is the horror genre so popular?

Its popularity has expanded over the last few years, branching into other genres (e.g. science fiction) to become more acceptable for a wider digital audience. This has led to a more diverse variety of horror that consumers can choose from.

As many of these characters and stories are part of pop culture, it is extremely easy to find related content on most online platforms – even with parental controls enabled. Some of this content can be disturbing if a child is not expecting it or if they are more vulnerable to this genre.

Why is horror appealing to children and young people?

Younger audiences may find the appeal is directly tied to the ‘panicked’ feeling of witnessing scary situations, or of seeing relatable characters face off against ‘bad guys’. They may also feel: 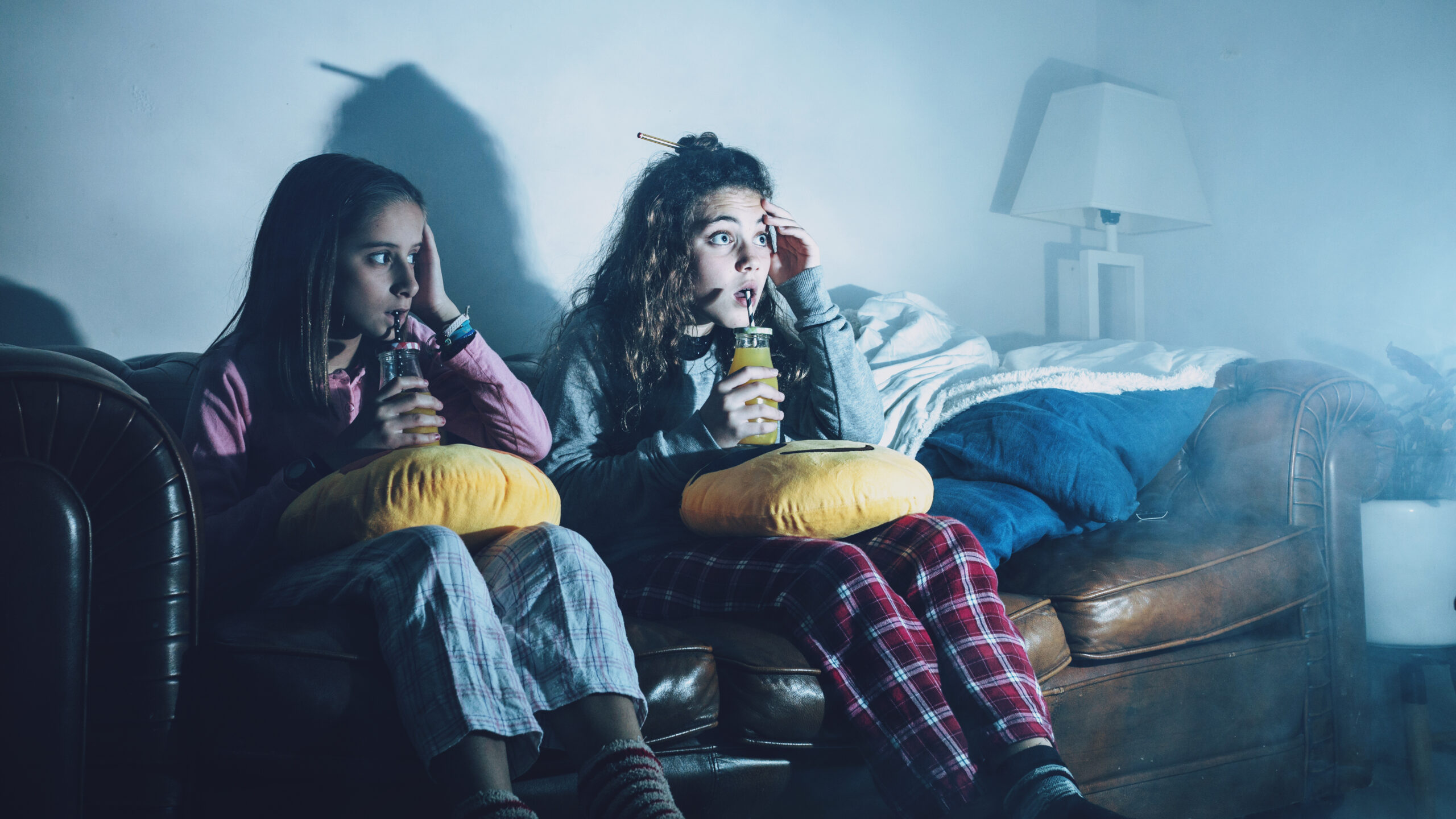 There are multiple risks that may come from children and young people being exposed to frightening content before they are prepared, such as:

Every child is different. Some may genuinely enjoy horror and not struggle with any lasting feelings of fear or panic in response. Many of these characters (e.g. Slender Man, Eleven, Squid Game guards) have even become popular Halloween or fancy dress costume choices for children. However, if a child is worried or anxious after engaging with horror, they may be:

If your child is exhibiting these behaviours, it does not mean that they are reacting to something scary. However, if the child in your care comes across something scary or disturbing online, encourage them to:

to take a breath and try to stay calm

about something else that makes them happy 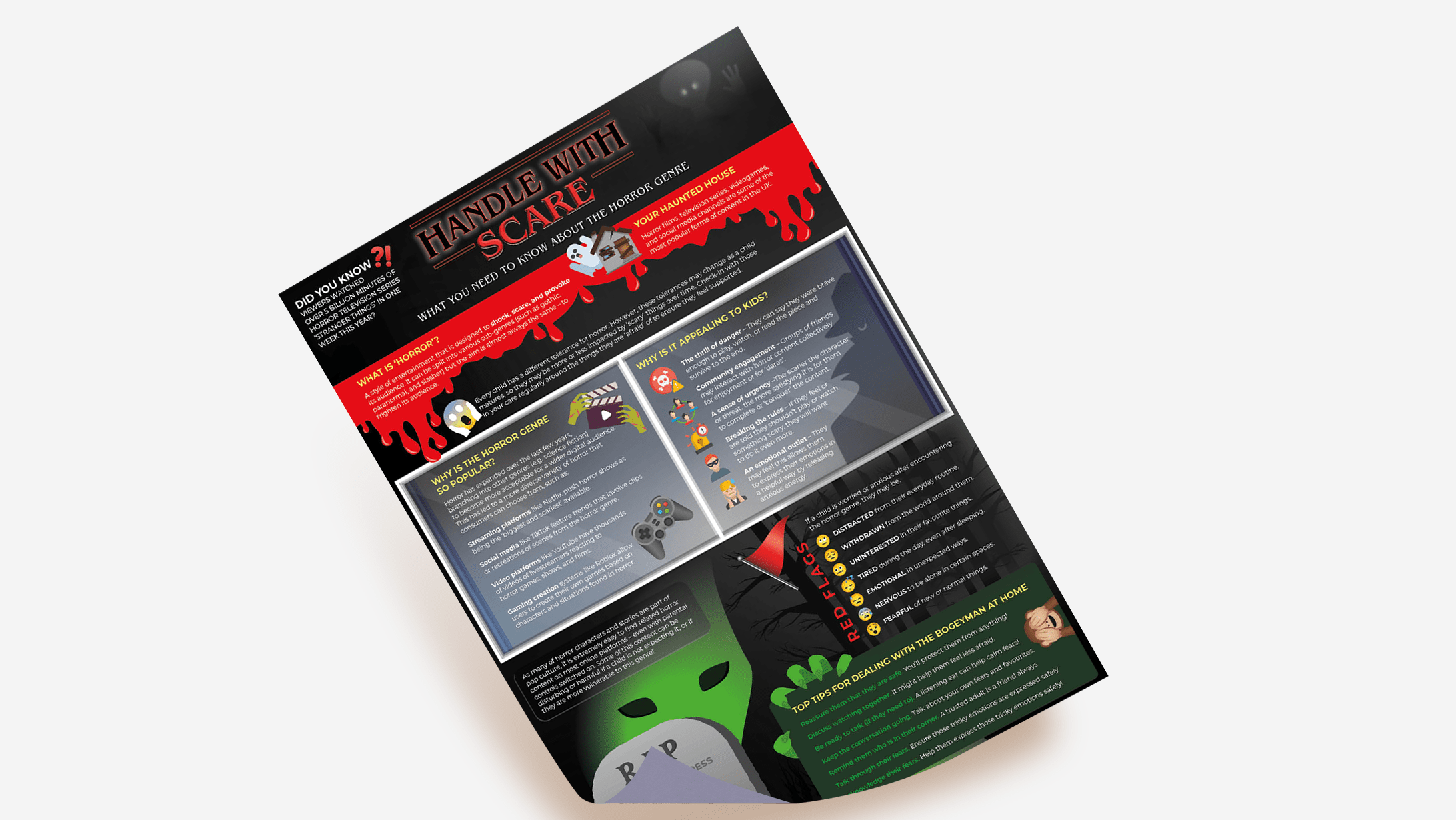 Being Real on TikTok Now

Phone to Phone Filesharing in Schools: The Risks of Airdrop and Nearby Share